With the pandemic continuing to spread across America, 1Q revisited our home state of Georgia, which moved ahead of New Jersey into the top five states in America for total cases this week. In addition to checking in on questions asked of Georgians in April and May, we asked some topical questions about mask wearing and K-12 school reopening.

Increasing Pessimism regarding Pandemic in GA: Although overall pessimism about the pandemic has remained similar (62% believe the pandemic is going to get worse in the next few weeks vs. 61% in May) the intensity of pessimism has grown (30% believe it’s going to get “much worse” vs. 24% in May).

Vast Majority Support Right of GA Cities to Create Stricter Mask Compliance: 73% back the right of mayors of cities in creating stricter mask compliance within city limits, and only 21% support the single state-wide optional approach taken by the Governor.

Growth in Perspectives on Importance of Mask Wearing: There’s a big jump in those who say mask wearing is “essential” around those you don’t know — 54% in May to 72% on Friday — but those who don’t believe masks work has stayed at 9%.

Most Believe in Giving Option to Parents for K-12 Reopening: Only 8% of Georgians believe K-12 schools should be open only for in-person instruction. Most (57%) believe schools should offer both options for in-person and virtual and to leave it up to parents/guardians, and 31% believe it should be 100% virtual learning.

Overwhelming Support for Mandatory Masks in K-12 In-Person Settings: There’s overwhelming support for mandatory masks when offering in-person instruction in K-12 settings. 77% support the requirement, while only 15% are opposed.

Level of Concern Remains High, But Dips Slightly: Levels of concern remained high this week, as case counts grow alarmingly high in the South and West, but the death toll has not yet matched initial concern about spiking positive cases. Extremely concerned dipped from 39% to 35%, Very Concerned rose from 27% to 30%, Somewhat Concerned inched upwards from 25% to 26%, and those Not Concerned at All continued to shrink from 9% to 8%. 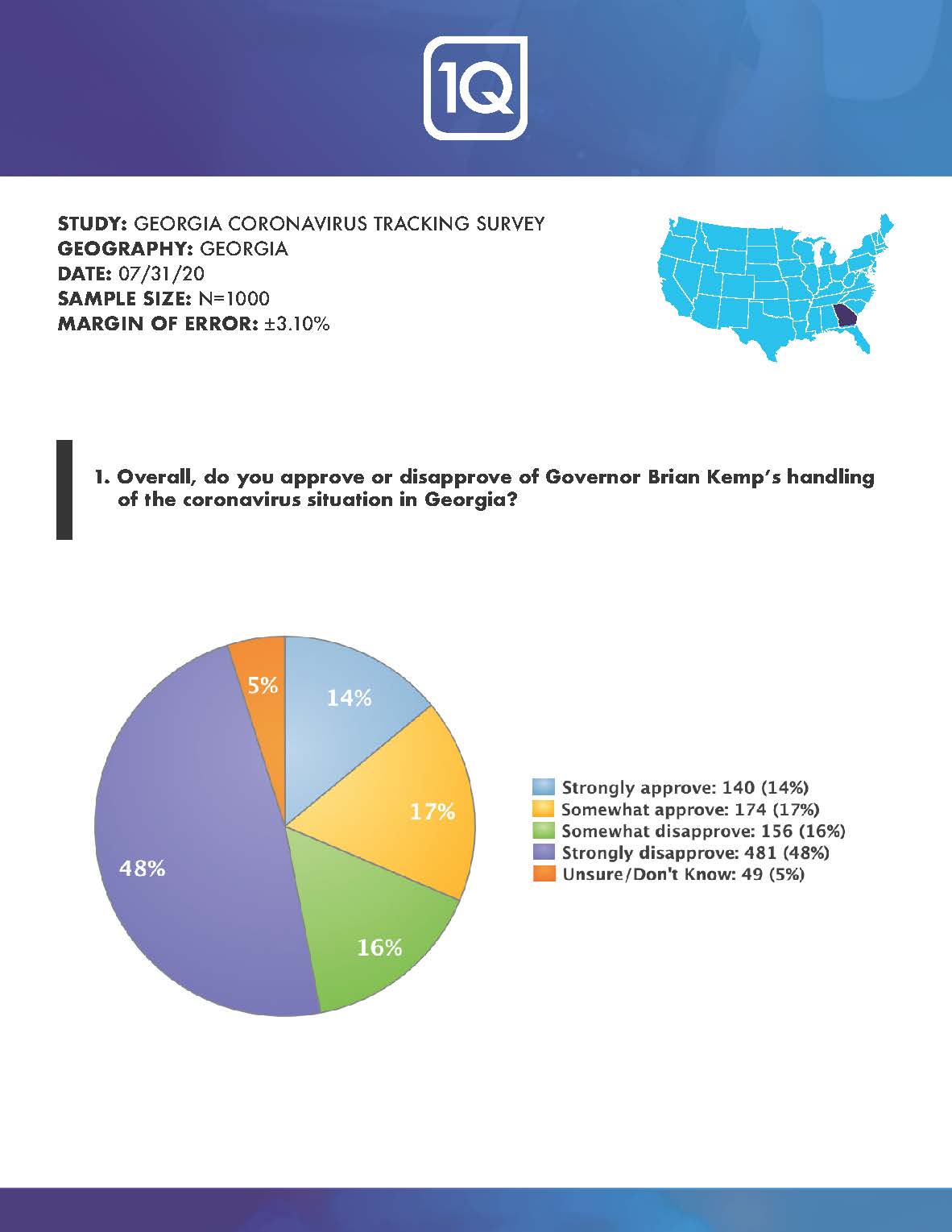 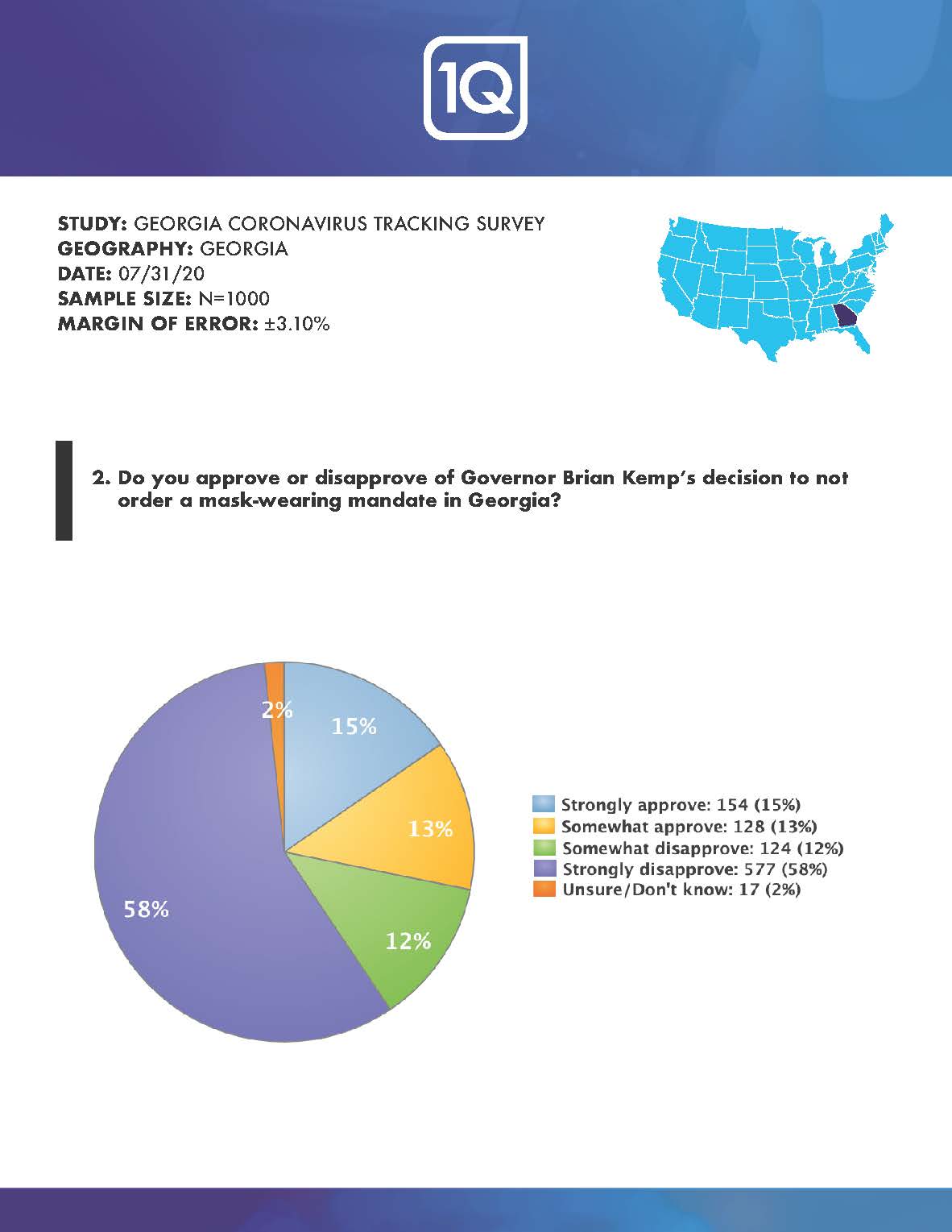 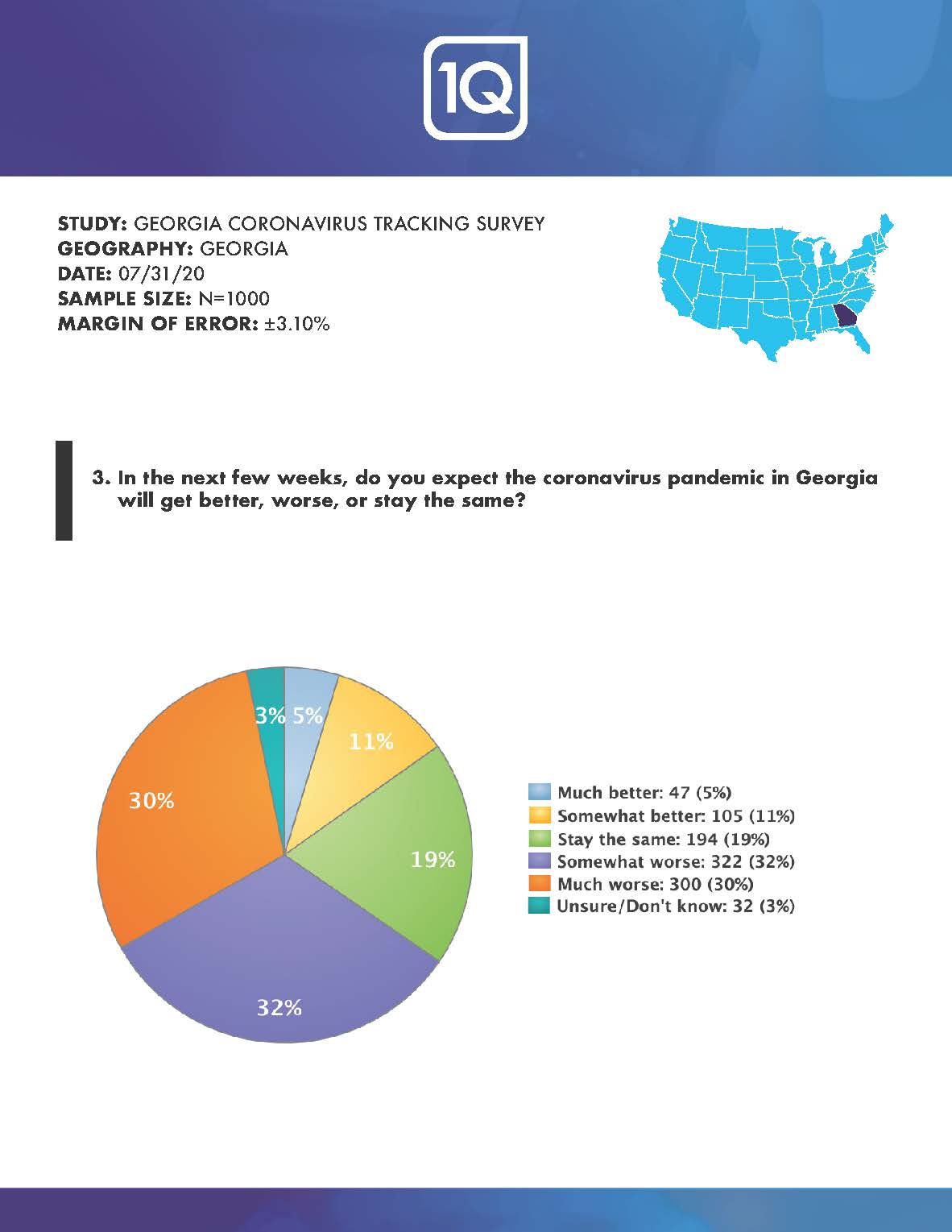 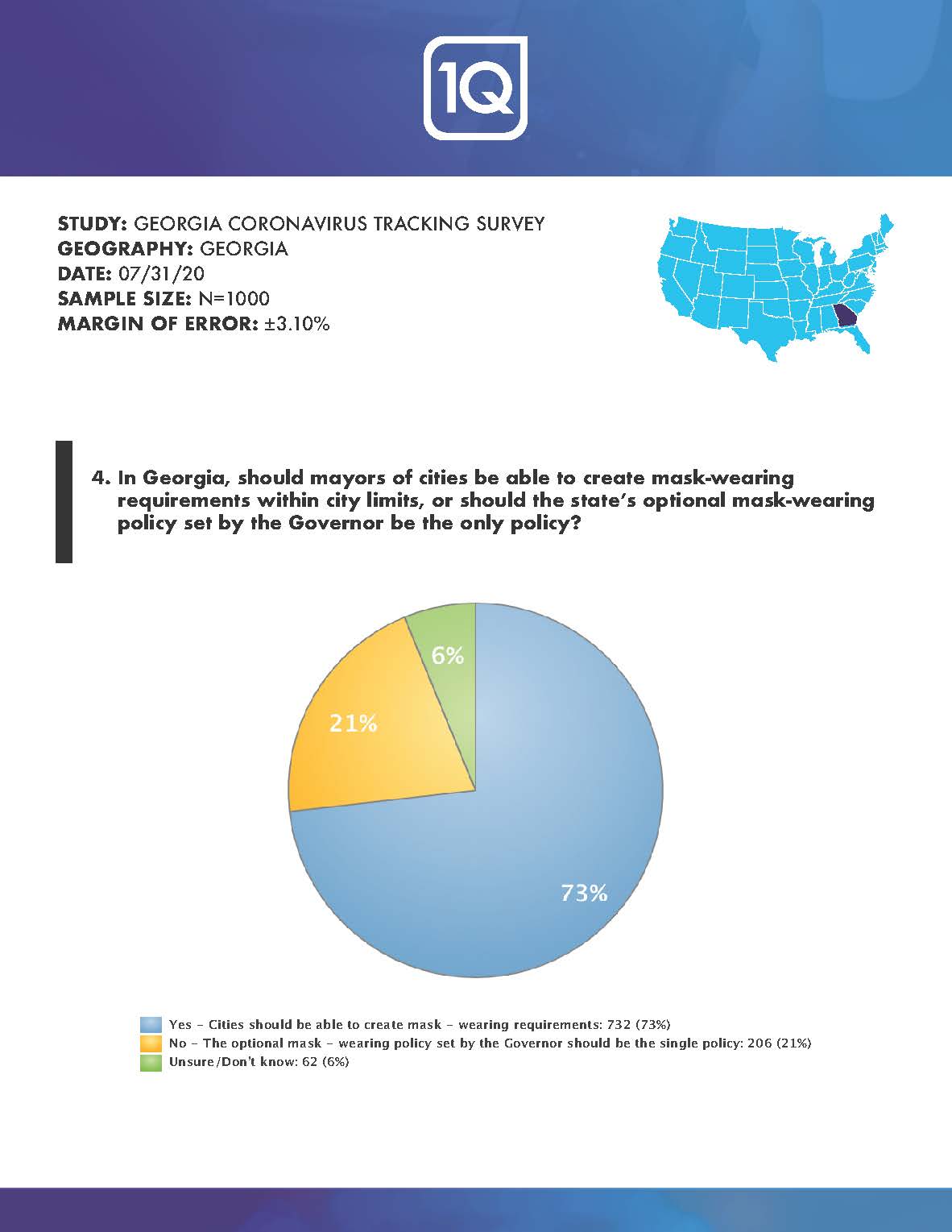 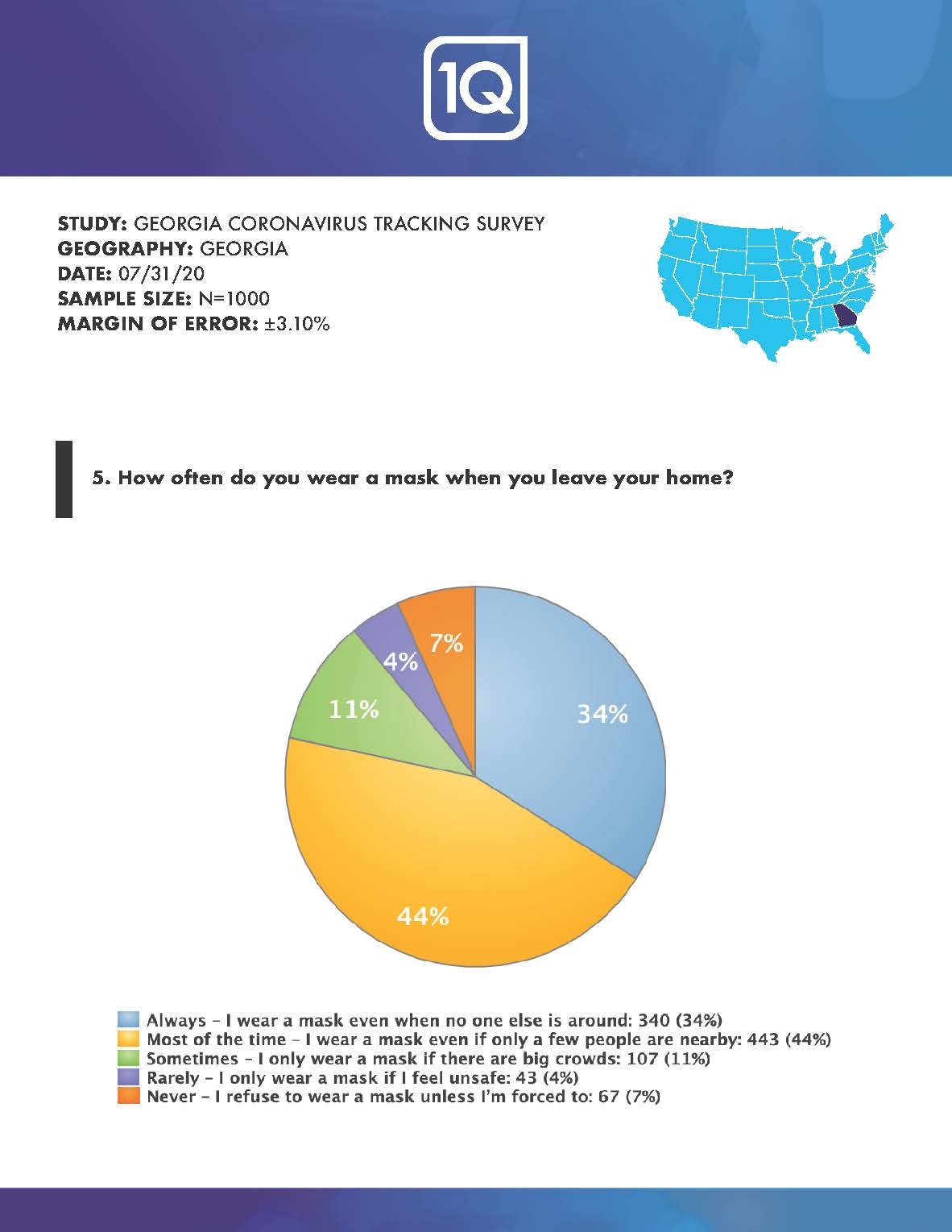 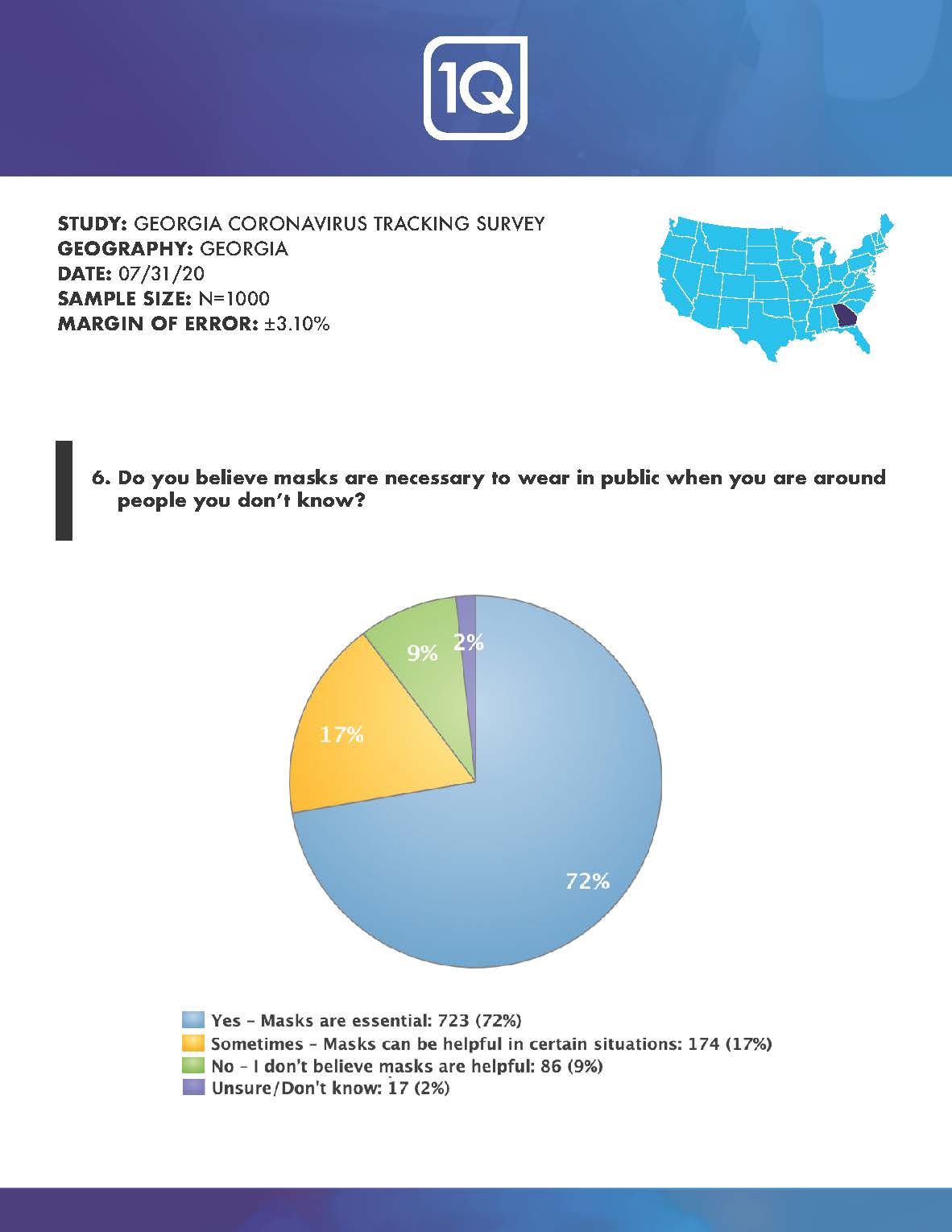 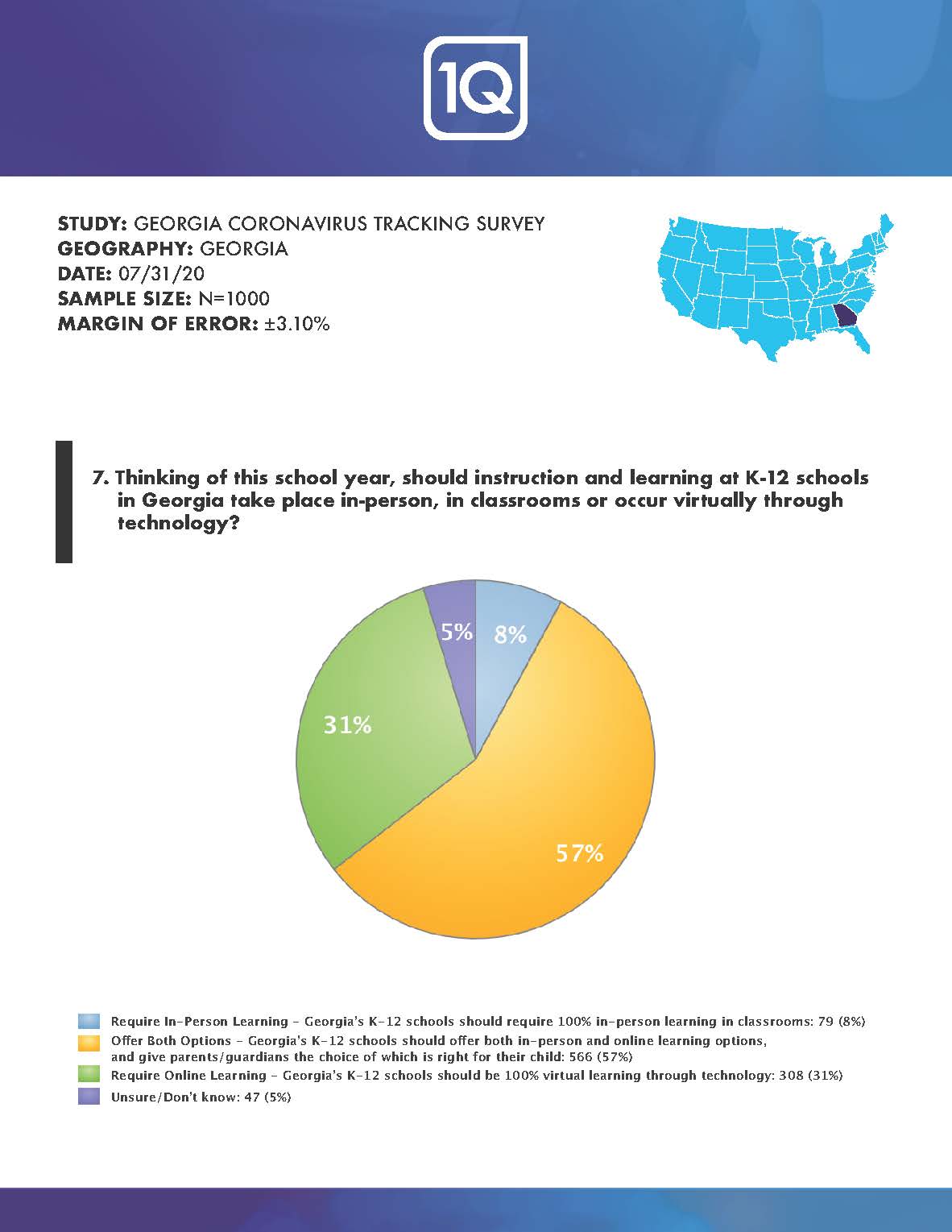 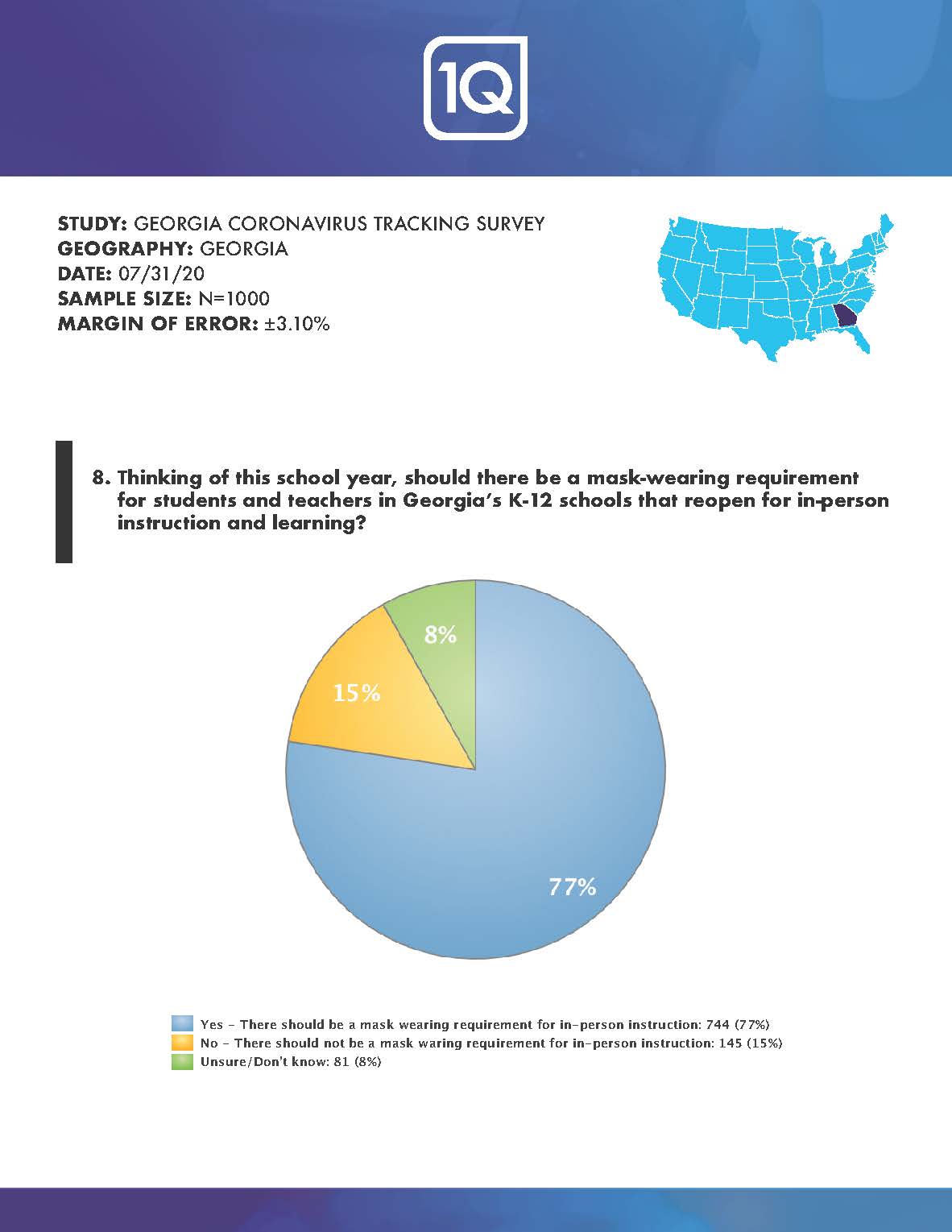 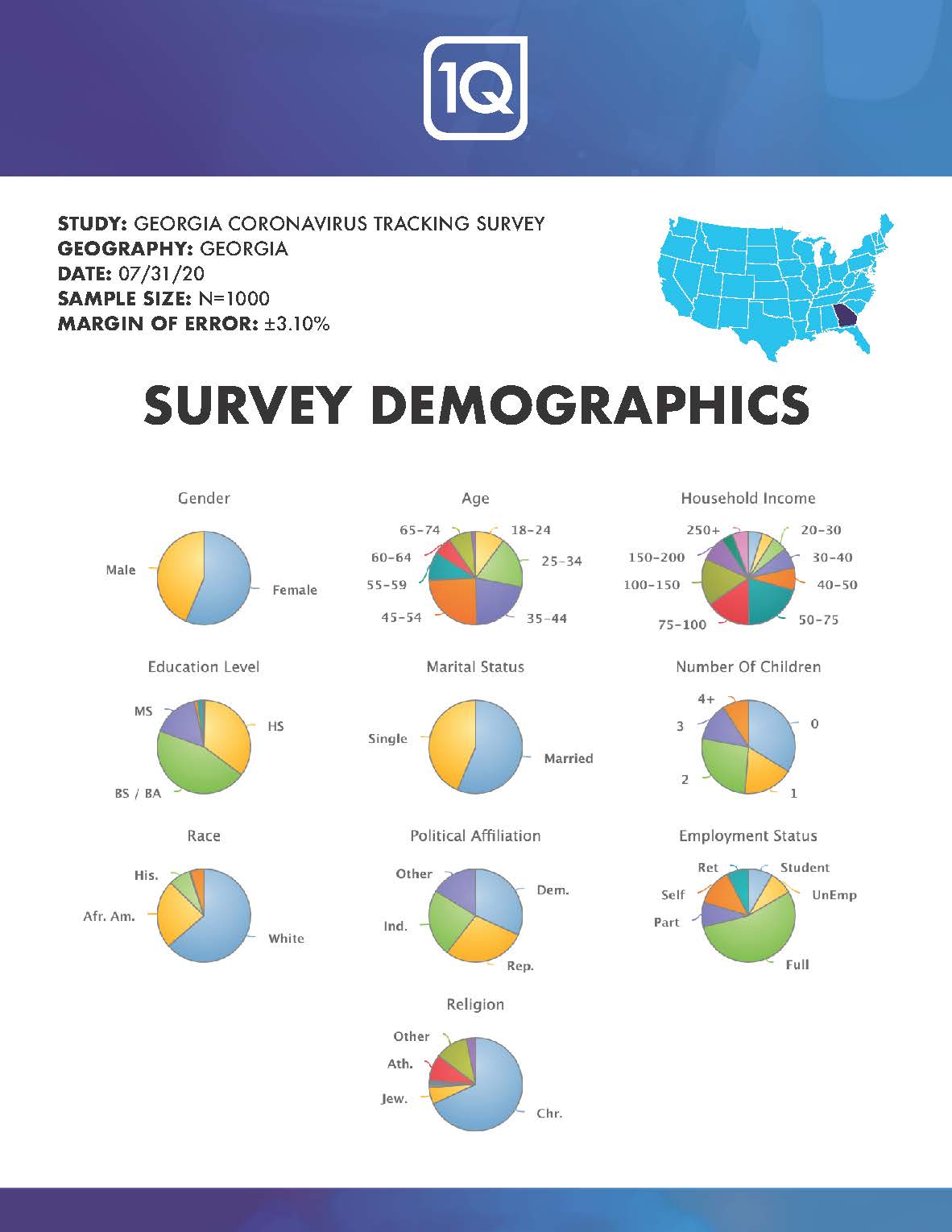 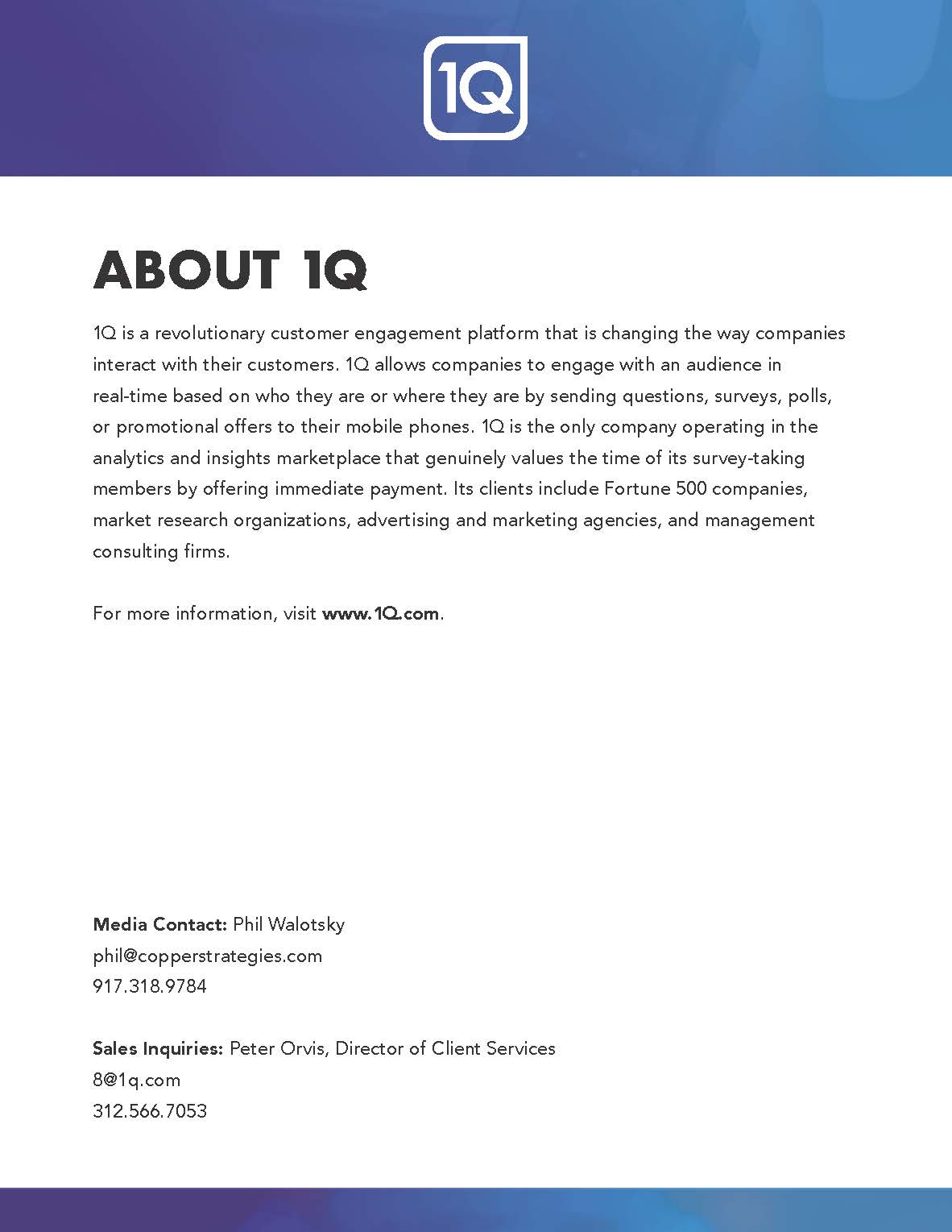